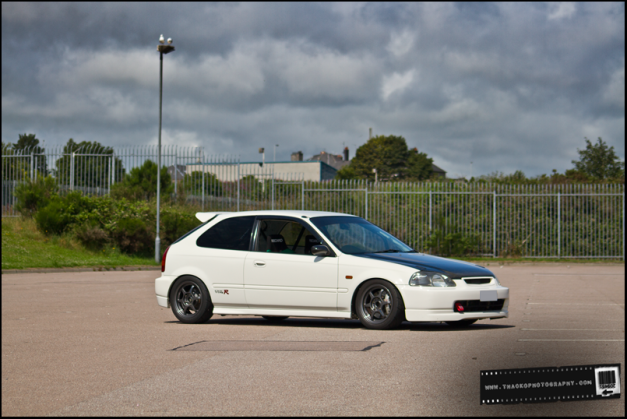 Steven Riley bought his Ek9 with the intention to make a quick, reliable daily driven car, but like many great plans they changed pretty quickly 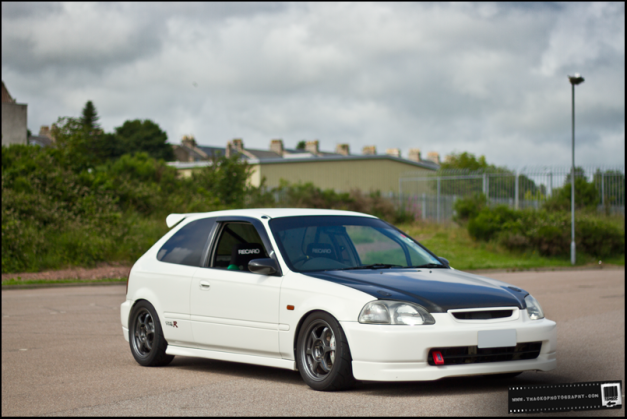 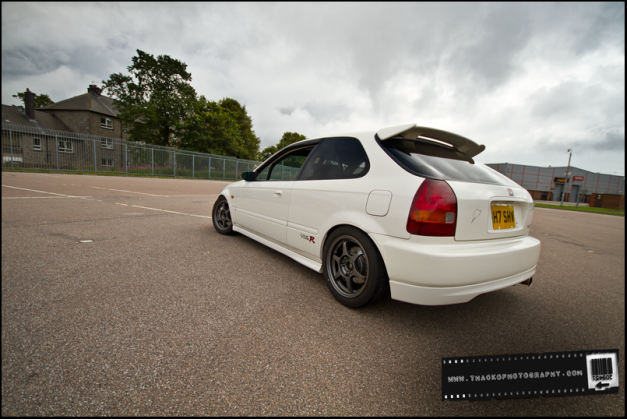 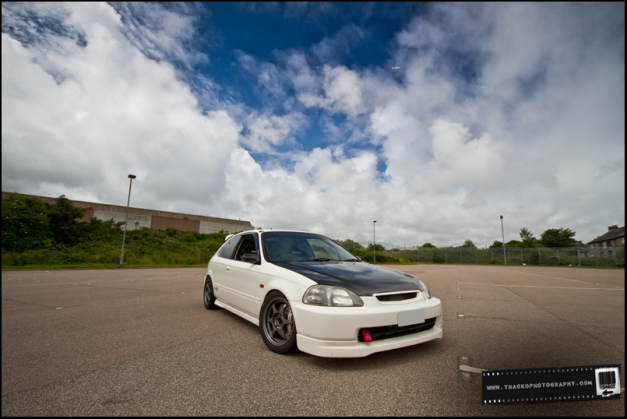 Steven has upgraded some parts many others leave to chance, A Spoon 1.5way LSD is one of the “to die for mods” an ORC clutch keeps the power under control 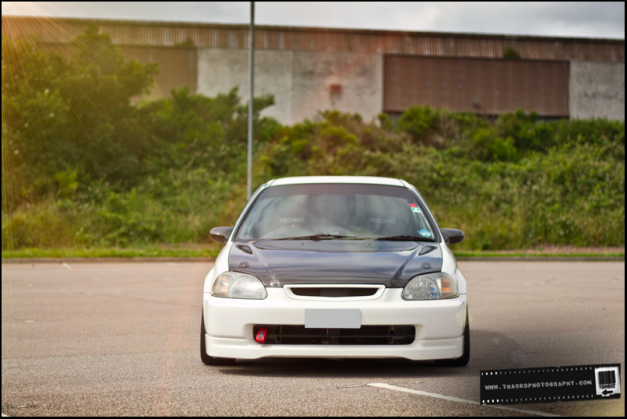 The brakes have been upgraded a few times, standard items were replaced for Spoon ones, then the Spoon calipers weren’t up for the job so Steve got his hand on some Ex DC2 BTCC Brembos, the ABS was dumped at the same time to allow him to have full control of the brakes and remove any computer input. 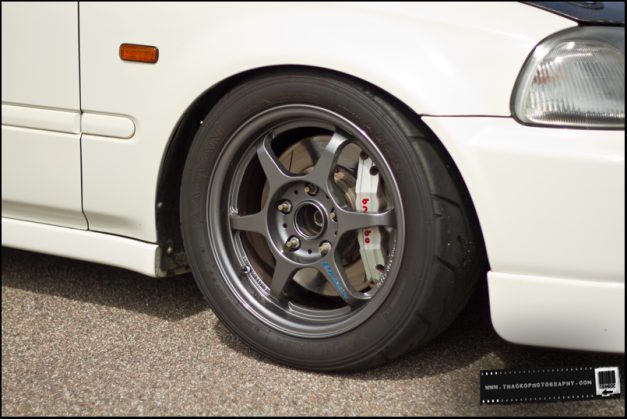 Suspension duties fall to Tein Circuit masters but with a custom 22kg spring rate on the front and a 20kg rate on the rear, the way the car sits right now is as high as it can go!  The Teins also get help from upgraded bushes and a Unit 8 H brace which after Steve’s recent trip to the ring is slightly less “H” like. 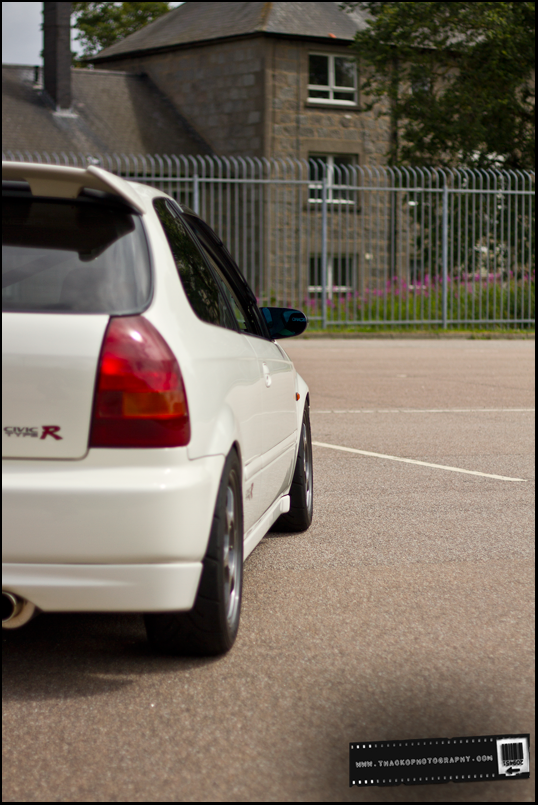 Talking about the “Ring” Steve’s just come back form a week-long trip which saw him and the car complete 30 laps, doesn’t sound like much? multiply 30 by 13 and you will get the full number of “proper” miles this car has completed. Its built pretty well I think you will agree. 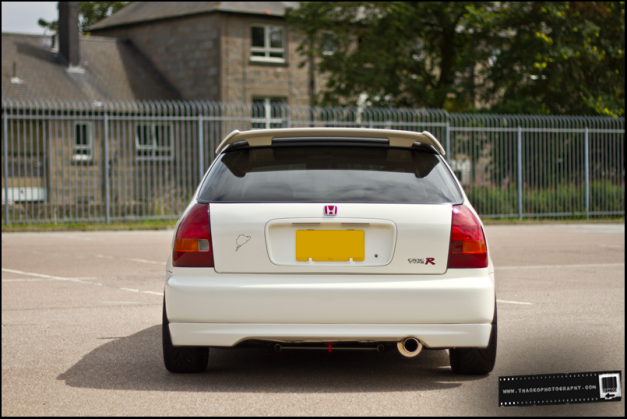 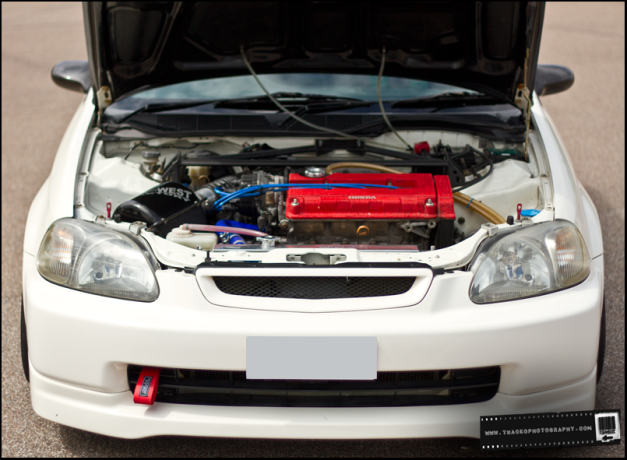 The  Fujitsubo manifold has been heat wrapped to keep the temps down under the bonnet. To complete the purposeful look Steven has tucked the wires in the engine bay giving it an awesome clean look 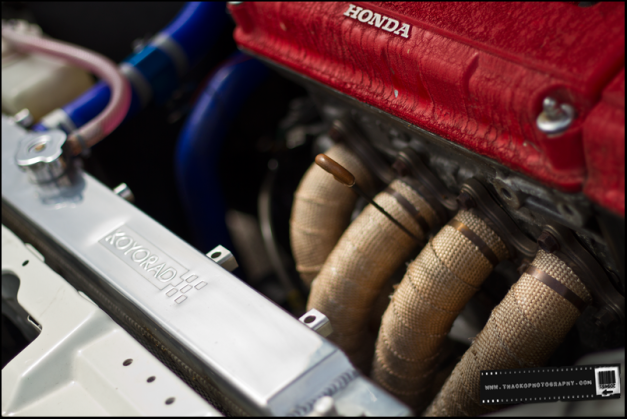 Like any good race car standard interior comfort isn’t really needed. Mostly all the interior panels have been removed and replaced with a 9 point safety devices roll cage in case the worst should happen. Seating is taken care of by Recaro and the harnesses are Takata 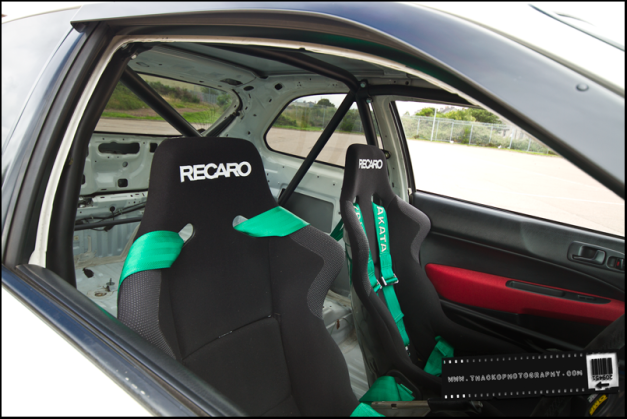 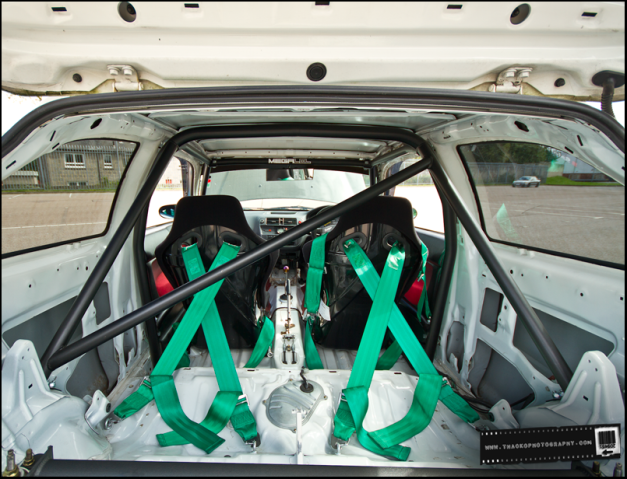 A couple of gauges and the OEM cluster is all he needs, plans are a foot to remove the dash and heaters completely and replace the front screen with a heated item. 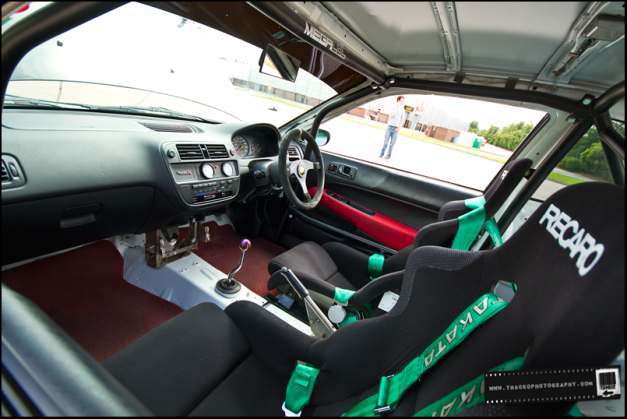 Now to the exterior, the less is more approach is top of the agenda once again. Steven has replaced the OEM ek9 bonnet with a lightweight carbon one,Spoon carbon mirrors shed even more weight from the car, TRS tow loop hangs out the front for a quick escape from the gravel if Steven pushes too hard. The OEM lip kit is retained. 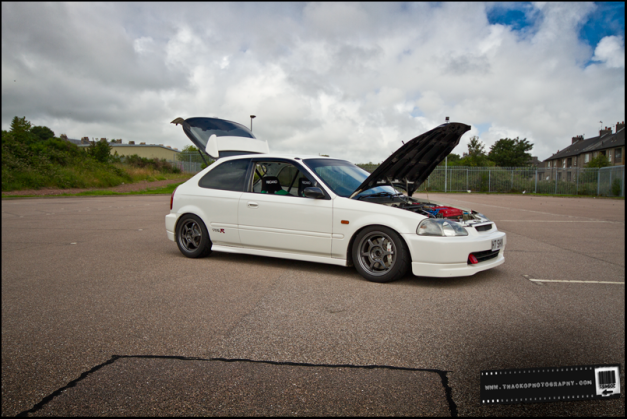 Buddy Club P1’s are squeezed over the massive Brembos and also add to the weight loss programme, they look awesome too 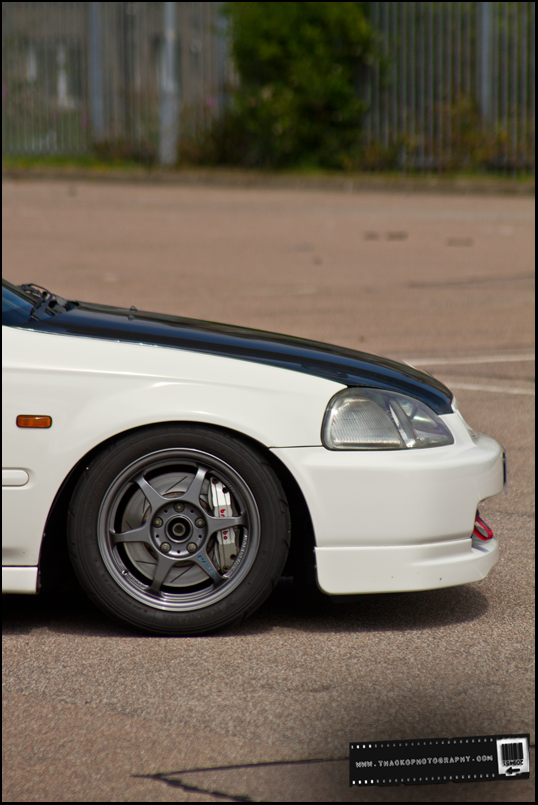 The car is super clean for a “track” orientated car and is cleaned and polished quite religiously. In my opinion its one of the best Ek9’s in the Uk if not the world and an added bonus for me is Steven drives it like he stole it, EVERYtime it’s on track! Story’s of chasing Porsche Gt3’s round the ring defiantly aren’t the stuff of fiction with this hardcore Ek9 racecar! 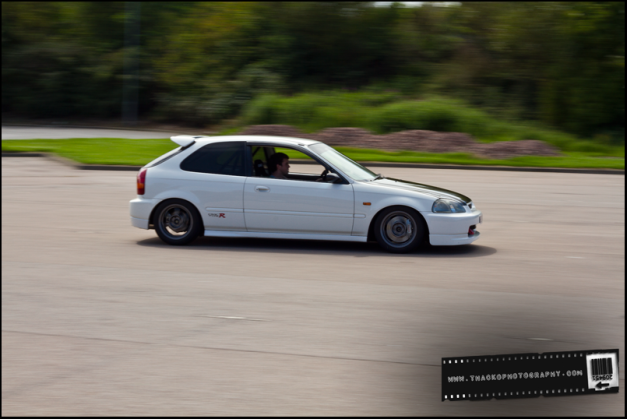